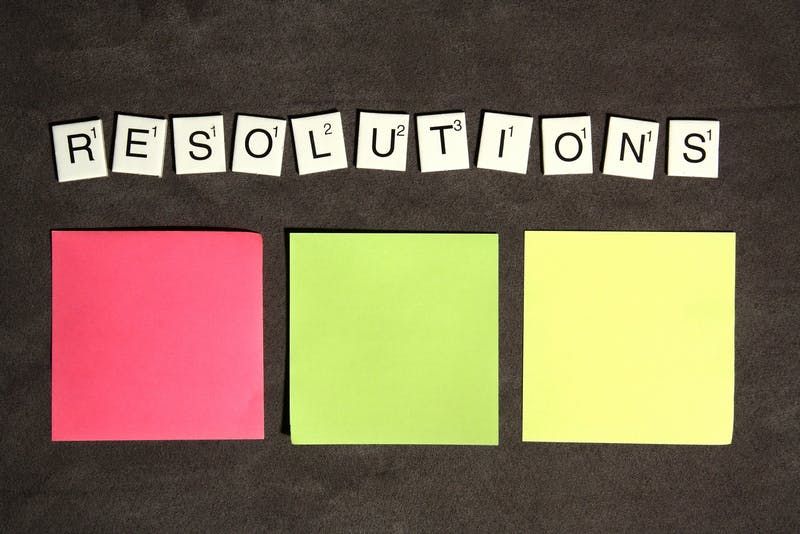 We all know someone, maybe even ourselves, that set a New Year's day Resolution each and every year - and some are instituting a Fall Resolution and the act of looking forward, setting goals, etc. never fails to evoke feelings of hope and renewal, but is it really a trap?

You've been handed a proverbial clean slate - another chance to shrug off your bad habits and reach for your dreams.

In an attempt to bottle that New Year's vigor, you'll make a few New Year's Resolutions. But before you put pen to paper, you ought to know this:

It has been reported that 92 % of all New Year's Resolutions end in failure. This statistic can be applied across the board, regardless of time of year :(

That means that less than 1 out of every 10 people will successful accomplish their resolutions in the Fall of 2022… or a few months later for 2023!

Ouch - those statistics are brutal. Who in their right mind would take the time to make resolutions when failure is that imminent?

As your trusted source for fitness advice, I'd like to coach you though this sticky situation. Yes, most people fail to achieve their Resolutions. However, I am going to clue you in on what the 92% do wrong and teach you what the 8% who succeed do right.

First up, the 92% who failed. These well meaning folks shared a common mistake that put the nail in their coffin before they'd even begun.

They bit off more than they could chew.

In all the excitement of becoming a better person and changing their life in the Resolution they made the crucial mistake of committing to do too much. But reality set in, a few weeks or even days into their reformed life, and they gave up.

The 92% gave themselves an easy way out. They approached their resolution with an 'all or nothing' attitude. Once the 'all' became too tough they opted for 'nothing'. And just like that another resolution ended in failure - end of story.

Now let's examine the 8% who succeed with their resolutions time after time. The key to their success is quite simple (you may have even guessed it by now).

Did you see the difference?

f you want your resolution to stick then think of something simple and realistic. Sure, it certainly won't sound as cool as the resolutions that the 92% make - but they aren't going to keep theirs anyway.

Remember that the whole point of making a Resolution is to become a healthier, happier and more successful person. Small changes done consistently will make a big difference.

If your Resolution has to do with losing weight and getting into great shape (and whose isn't?) then guarantee your success by working with a fitness expert who can show you the ropes and guide you to success.

I'd love to team up with you - together we will transform your body in 2022/2023! Click to get your results moving forward - https://biohackers.teachable.com/p/transformation-challenge/?preview=logged_out